How Can We Help You?

How to spot a bot on Tinder?

Tinder is an extremely popular dating platform used by people from around the globe. From the funny screenshots of chats on Reddit to Tinder videos on YouTube, the platform has been popular since its inception in late 2012. The main concept behind the app is simple. To swipe right to “like” someone based on their looks, and swipe left to “pass.” The easy-to-use interface and easy-to-grasp concept are what form the basics of Tinder’s popularity today. At the same time, Tinder is known for romantic scams, including Tinder Swindler and Tinder bot. 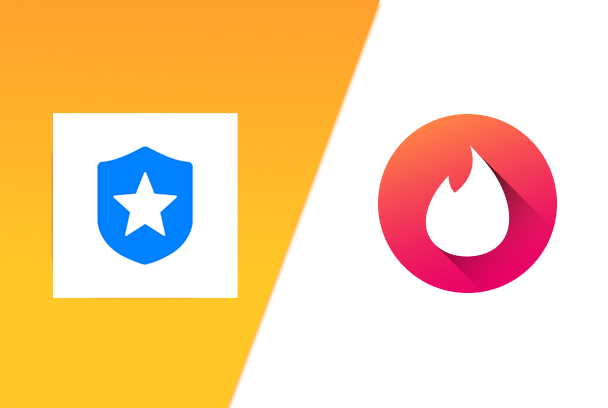 Whilst deciding, users can view pictures of their potential match, along with a short biography and linked social media accounts. If two users both “like” each other, Tinder considers it to be a “match.” Users can then talk to each other through the app using text.

The app gained enormous success from 2012 onward. The revenues climbed up from approximately 805 million USD in 2018 to 1.4 billion USD in 2020. It is also more popular than ever, having around 9.6 million annual subscribers in 2021.

The app functions through a plethora of algorithms. It is based on a user’s age, location, preferences, and so on. The app is based on the simple concept of human attraction. That is physical attraction, which is also why it has gained a reputation as a “hook-up” app. This hook-up reputation has led to Tinder younger people considering it as a promoter of “Hook-up Culture.” The app is infamous for casual sex encounters, meaningless encounters without emotional intimacy. And it lacks the desire for committed relationships.

Does Tinder have Bot?

“Bots” in pop culture references to computer programs that scammers often run to pretend they are human. These scammers program their bots to be as realistic as possible. When people talk about Tinder bot, it refers to the bot that complete with human profiles, human phrasing, a natural sense of communication and action. Also, you can find bots everywhere from video games to online social media accounts for various purposes. While some are harmless, other bots exist for harmful purposes such as scamming people online. It influences social media statistics, social engineering users for their passwords, carrying out phishing attacks, obtaining financial information, relaying spam, so on and so forth.

Tinder bot exists for similar purposes. Some scammers wish to obtain a monetary gain from a user and may attempt to obtain personal data. For instance, credit card information, emails, passwords, social media accounts, and more. The scammers can then sell that data onwards to companies or to other malicious actors. Or even attempt to obtain financial gain from personal, financial information. Some scammers simply launch phishing attacks, tricking you into clicking links that redirect you to a suspicious site.

Estimates say that almost 20% of all online traffic is by harmful bots with the aim to harm internet users or to take advantage of them. While it is difficult to decipher how many users on tinder are bots, we are quite sure that it is less than 20%.

How to spot a Tinder bot

In line with its “Hook-up” reputation, Tinder has amassed a huge user base that includes a multitude of different bots. Bots are set-up accounts run by computer programs, with the intention of scamming users. In addition, scammers create bots in order to infect another device with malware. Especially whilst sharing links in-between texts.

People on Tinder are already looking for gratification. At first, it may be difficult to spot a Tinder bot so different users have come up with their own ways of detecting one.

A profile not linked to any other social media accounts signals red flags. Scammers do not have the resources at hand to invest time into creating fake social media pages and an outline of a personality altogether, which can save you from getting potentially scammed.

Overly unrealistic profiles with a multitude of professional studio pictures, fake-seeming bios and profiles lacking delicate touch or character. These Bios may seem “fishy.” Scammers usually lift studio pictures from other accounts in order to portray themselves as genuine. If you think the Bio is too good to be true, take a closer look.

Replying instantly upon matching. As bots are computers, programmed to send texts, they can do so easily. Sending a text in milliseconds is quite unrealistic for a human. Therefore the person you are talking to maybe a badly programmed bot. Keep in mind that programmers have caught up on this and they now program artificial delays into the bot’s messages.

A person’s conversation is unnatural. The profile may not answer your questions or queries. The profile may be too forward and provocative with its messages. The best way to decipher whether the profile is a bot is to type something random and expect an appropriate response, as a human would do. Since bots usually choose from a set list of strings to reply, (strings meaning texts). You should be able to identify the bot fairly easily down the conversation.

The person you are talking to starts requesting personal details, address, credit card info, or anything along those lines without establishing trust. Scammers often use these details to commit identity theft.

What to do if you encounter a Tinder bot

Tinder has a very standard rule of how to deal with bots if you encounter them. If you have a strong suspicion that a profile you matched up with is a bot. You can report them to Tinder in three effortless steps:

Simply click on the top right of the screen in chat, on the red flag.

The red flag will give you a pop-up, in which you will see the option to report the said user.

Select the reason to report the user and click “Submit.”

You must report an account before unmatching with them on Tinder. If you unmatch the account or they unmatched you before you report them, you will not be able to report them because they will disappear from your chat list. You can also report accounts before matching with them altogether, by:

Clicking on “I” (Info) in the bottom right corner of the image.

Tap the “Report Button” below the profile name or bio.

The privacy guidelines on Tinder show that Tinder may not always give you details of the report you made once you have submitted it. But it does encourage you to reach out if you have any more queries.

Other dangers lurking on Tinder

However, bots on Tinder are not the only cybercrime or security threat. You may encounter through using apps on your phone. If you are concerned about privacy. If you wish to protect yourself from scammers, hackers, and even companies from spying on your personal data and selling it to advertisers, you should look into VPNs like Aman VPN.

What is a VPN?

A VPN is a Virtual Private Network, it is a redirection to a remote server somewhere in the world. Your internet connection, instead of taking the standard route it usually takes, redirects itself to the server itself. The server becomes your gateway to the internet.

How does Aman VPN keep me safe?

The benefit of using Aman VPN is that it encrypts all of your internet traffic. Meaning that your data turns into indecipherable text that someone will need an Encryption Key to understand. Aman VPN thus protects you using a key that hackers and other third parties simply do not have. Letting you browse the Internet safely without worrying about someone spying on your activity or hackers launching Man-in-the-middle attacks.

If your country or workplace frowns upon using Tinder, odds are high that they would also monitor your activity on their networks. Regardless of your reasons for doing so, if you wish to keep your online activity secure from government agencies or your employer, using Aman VPN is the best suggestion that we could ever give. Because not only does Aman VPN completely encrypt communications between your device and Tinder’s servers like we said just above, but it also ensures that absolutely no one in the middle can ever find out that you were on Tinder in the first place.

Do keep in mind, Tinder, and other users you interact with on the website will still know who you are if you divulge any private information. Using a VPN does not protect you from disclosing dangerous information voluntarily. Do not be an idiot.

What else can I use Aman VPN for?

Aman VPN lets you set it up on up to five devices, meaning that you can use it on your desktop computer, your mobile phone as well as your Smart TV! Someone who does not know the full picture of VPNs might be curious here, why would you ever use a VPN on your Smart TV?

Another benefit of using a VPN is that it masks your real IP address and instead shows other websites the IP address of the server which your connection goes through. Thanks to this, we can fool websites into believing that you are in another country while not physically being there. Why would you want this? Well, you can access the entire library of the United States without ever actually stepping foot there.

Send us an email [email protected]